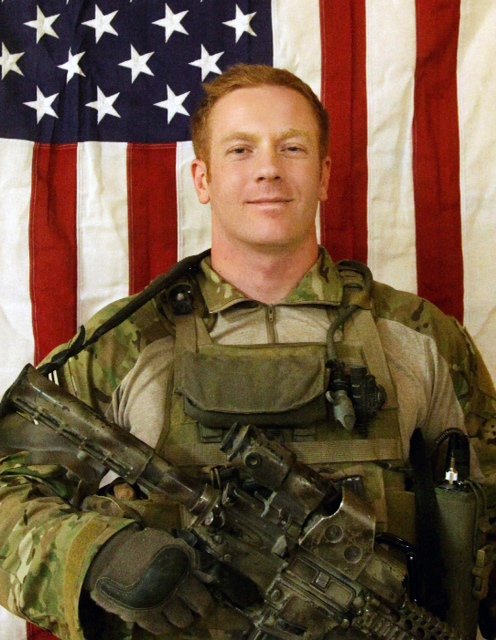 We invite you to the formal dedication ceremony for the “United States Army Sergeant Thomas R. MacPherson Memorial Interchange”

MacPherson was born July 20, 1986 in Long Beach, Calif. and graduated from Los Alamitos High School. He enlisted in the U.S. Army in May 2007 and completed One Station Unit Training at Fort Benning, Ga., as an infantryman. After graduating from the Basic Airborne Course there, he was assigned to the Ranger Assessment and Selection Program also at Fort Benning.

Sgt. Thomas R. MacPherson, 26, was killed by enemy forces on October 12, 2012 during a heavy firefight while conducting combat operations in Ghazni Province, Afghanistan. He was leading an assault against an enemy position when he was mortally wounded by small arms fire.

The formal ceremony for the “United States Army Sergeant Thomas R. MacPherson Memorial Interchange” of Interstate 605 and Katella Avenue in the County of Orange, will be held at his alma mater, Los Alamitos High School on October 12, 2020 at 3:00 pm marking the 8th year of MacPherson’s sacrifice.